At the Esker Foundation

Paradise for an in-between time

“For all its glory, civilization cannot console us for the loss of what it destroys.” – Robert Pogue Harrison, Forests: The Shadow of Civilization

Images Courtesy of The Esker Foundation. Photos by John Dean.

DaveandJenn began their collaborative practice as painters and became known for creating multi-layered resin paintings that were inches thick and swimming with tiny details. The painted imagery in these works is floating, suspended in between each epoxy layer so that it can catch the light and create shifting shadows that fall onto the layers below.

DaveandJenn’s sculptures, and most recently their installation works, can be seen as an extension of this painting practice. The interplay between the light, shadows, and reflections within the earlier resin works led to an imaginative exploration of what it would be like to peel apart the epoxy layers and make a painting that someone could walk into.

Paradise for an in-between time brings us back to the forest, a landscape often depicted in their earlier work. However, this forest is a mirage; a heartache; an exercise in resilience; as well as a party for the end of the world. It is filled with light, shadows, and reflections layered together to recreate something that is lost and, perhaps, not yet found. 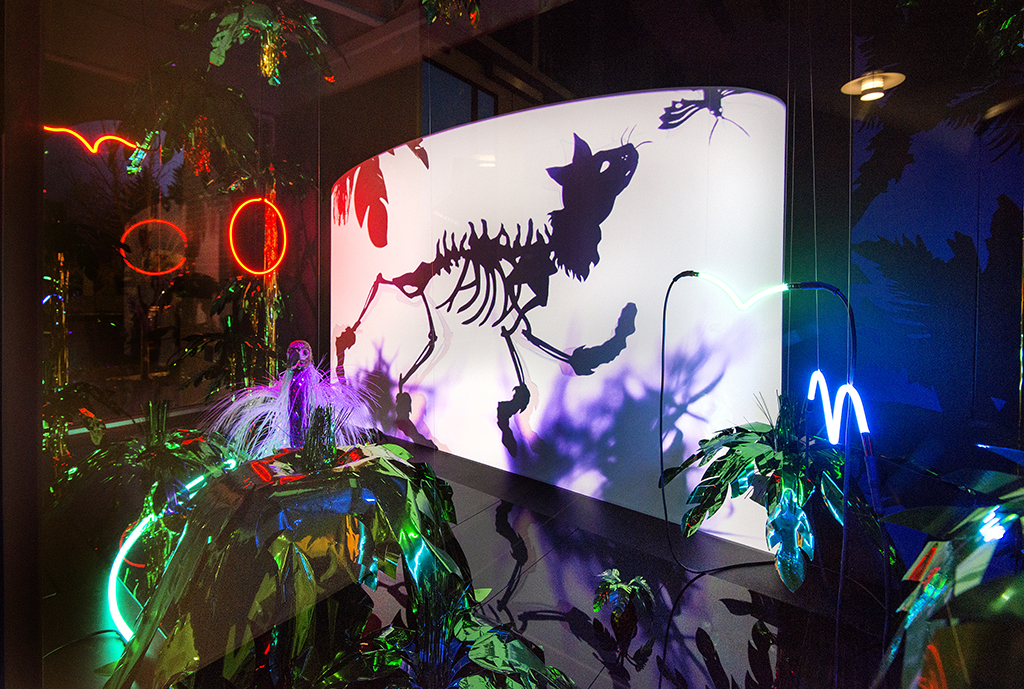 Paradise for an in-between time.